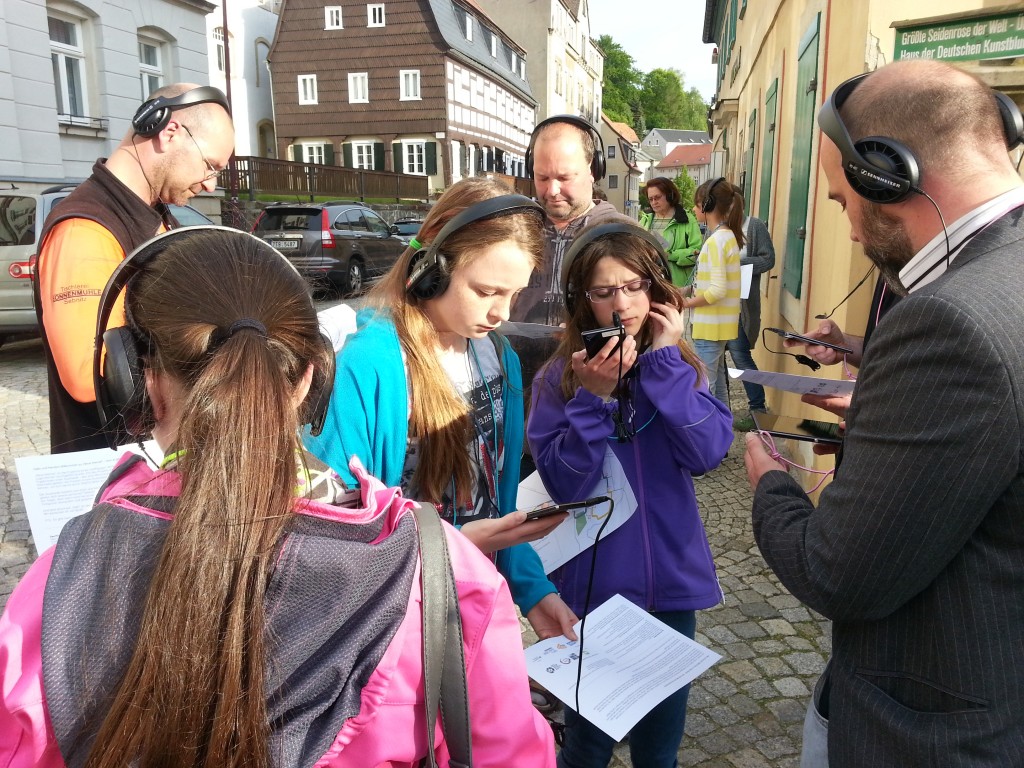 „Neue Heimat” (“New home“) is an audio-walk through the city of Sebnitz. It was developed during a 12-day workshop with a group of young people from the town.  Sebnitz is a county seat on the outskirts of Saxon Switzerland near the border to the Czech Republic. As opposed to other regions in Saxony, in which the right-wing party is losing ground, the radical right-wing group (NPD) has succeeded in establishing itself very solidly in Saxon Switzerland. This is a clear indication of how structurally anchored nationalistic and xenophobic ideologies are in this region.

The idea of this project was to reflect upon what the term “Heimat” (home, homeland, native country) means in present-day Sebnitz and to give it a new definition free of any xenophobic ideologies.  The participants gathered material from books regarding the topic of migration and interviewed people, who deal in some way with migration or asylum matters.  They also interviewed people who had migrated from other countries to Germany and learned about the different cultural practices, which these people brought with them.  The participants then generated an audio file, which Sebnitz citizens or visitors can download to a playback device (i.e. MP3-player or cell phone).  The programme guides the visitors through Sebnitz  discussing the topic “home” along the way.