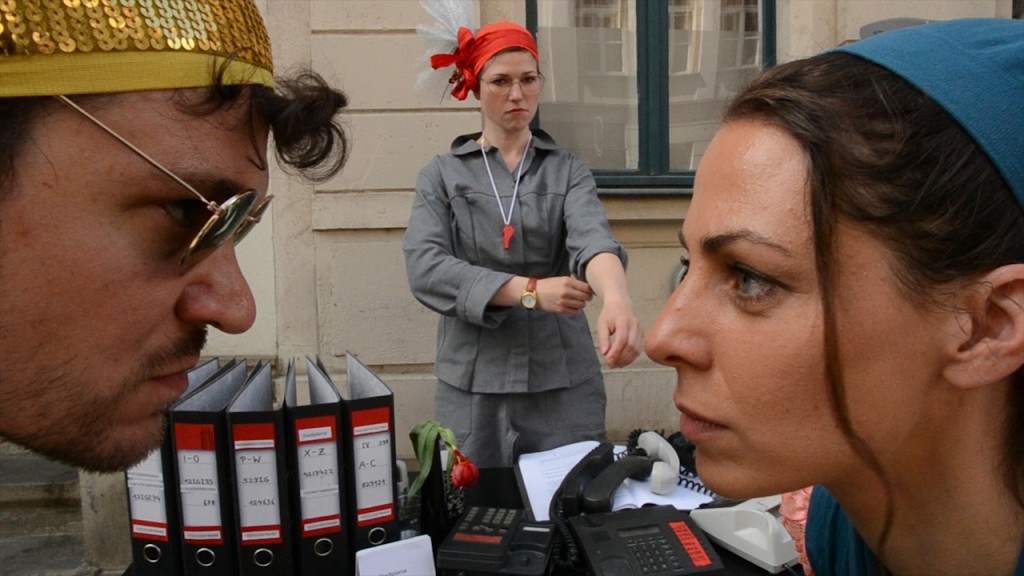 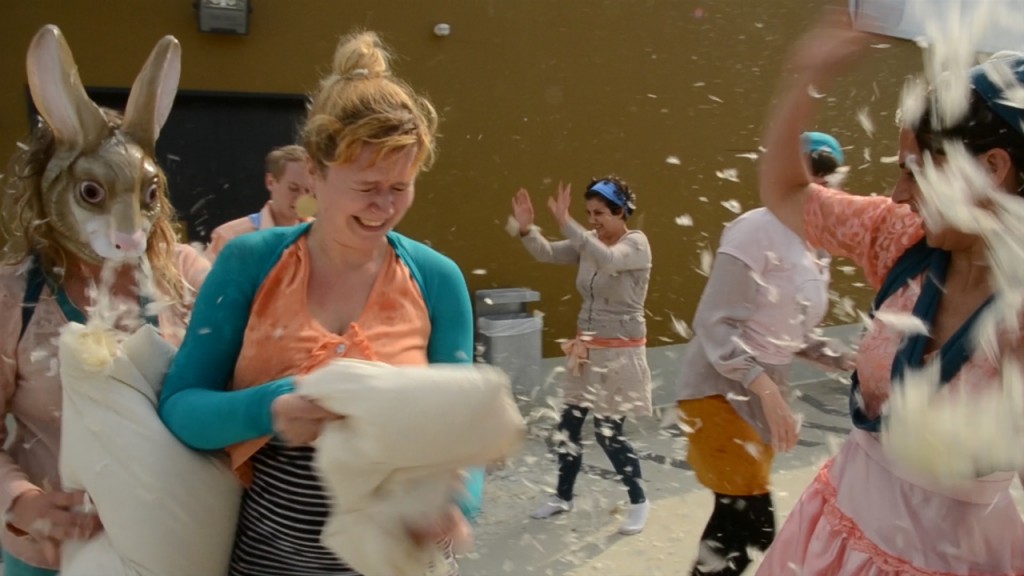 „EPNOTIA“ – the „Experimental Prototype Newtown of Tomorrow“ – is a videowalk which  investigates the dynamics of gentrification and explores alternative ideas for urban planning.  Equipped with a smartphone and headphones visitors are guided through urban space with the help of audio and video tracks. During the walk they encounter various inhabitants of EPNOTIA – all of which are utopians and inventors of sorts – and they become acquainted with their conflicting visions of how they would like to live. The visitors experience the controversies involving urban planning processes, alternative life models and investment projects and thus find out about the many options open to urban planning. The constant juxtaposition of reality and fiction compels us to focus on the question: How do we really want to live?

The artist collective theatrale subversion creates a parallel world to the new town area of Dresden, in which visionary scenarios and bizarre figures appear.  In preparation for this project the actors spent several weeks talking to people, who in some way deal with the future development of Dresden´s new town – residents, activists, politicians, investors, people in academic positions and employees of the city government.  Based on these interviews the artists then created a dialogue concerning the different priorities in urban planning, a dialogue which is then presented in EPNOTIA.

and is supported by OPG Center-Parking GmbH und SONY