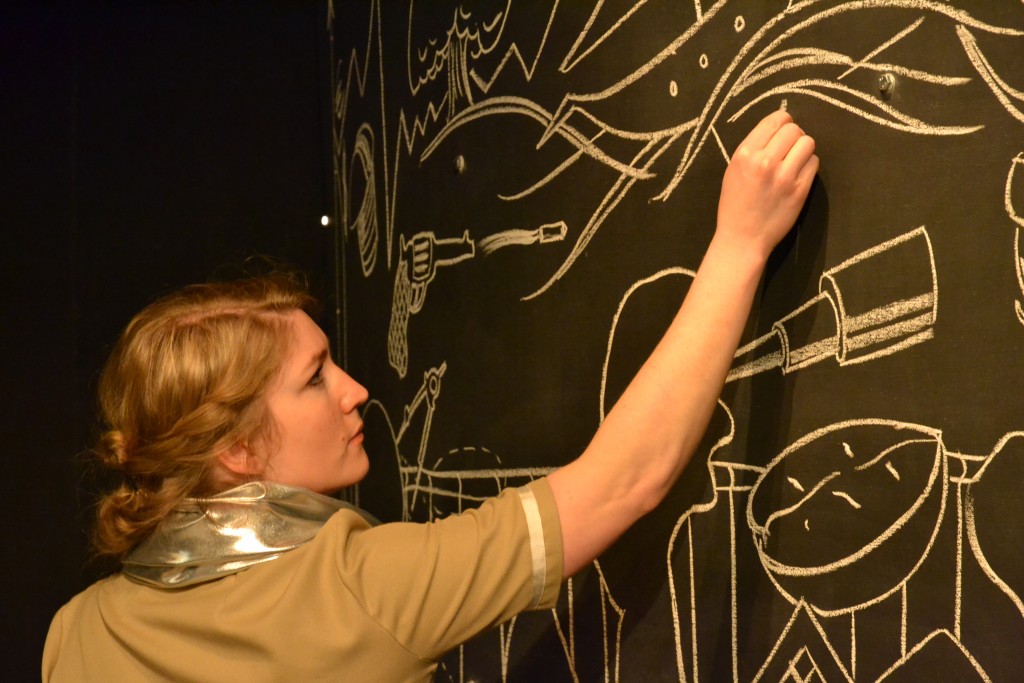 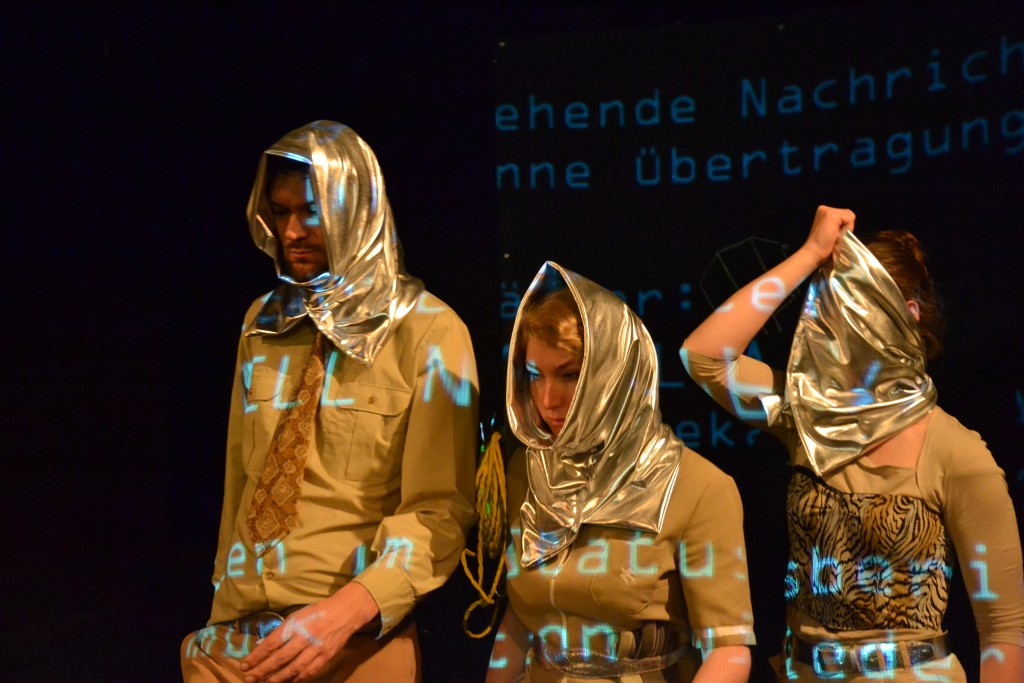 „TERRA COGNITA“  focuses on present-day structures of thought, which are strongly influenced by post-colonial biases.  Using elements of dance and performance as well as intertwining cartooning with a science fiction plot, this production attempts to critically examine existing power structures.  We see three performers on the stage, each of which has reassembled fragments of different sciences into a supposedly new form, which they consider to be their own view of the world.

The plot is similar to a heroic journey.  The performers recall adventures and expeditions from their own childhood and adolescence and intertwine them with their present-day notions about foreigners, thus putting their own identity into an historical and political context. In “TERRA COGNITA” the artists of theatrale subversion ask themselves, to what extent they themselves have been formed by the perennial struggle for power and influence and how much their way of thinking is still influenced by colonialist attitudes.